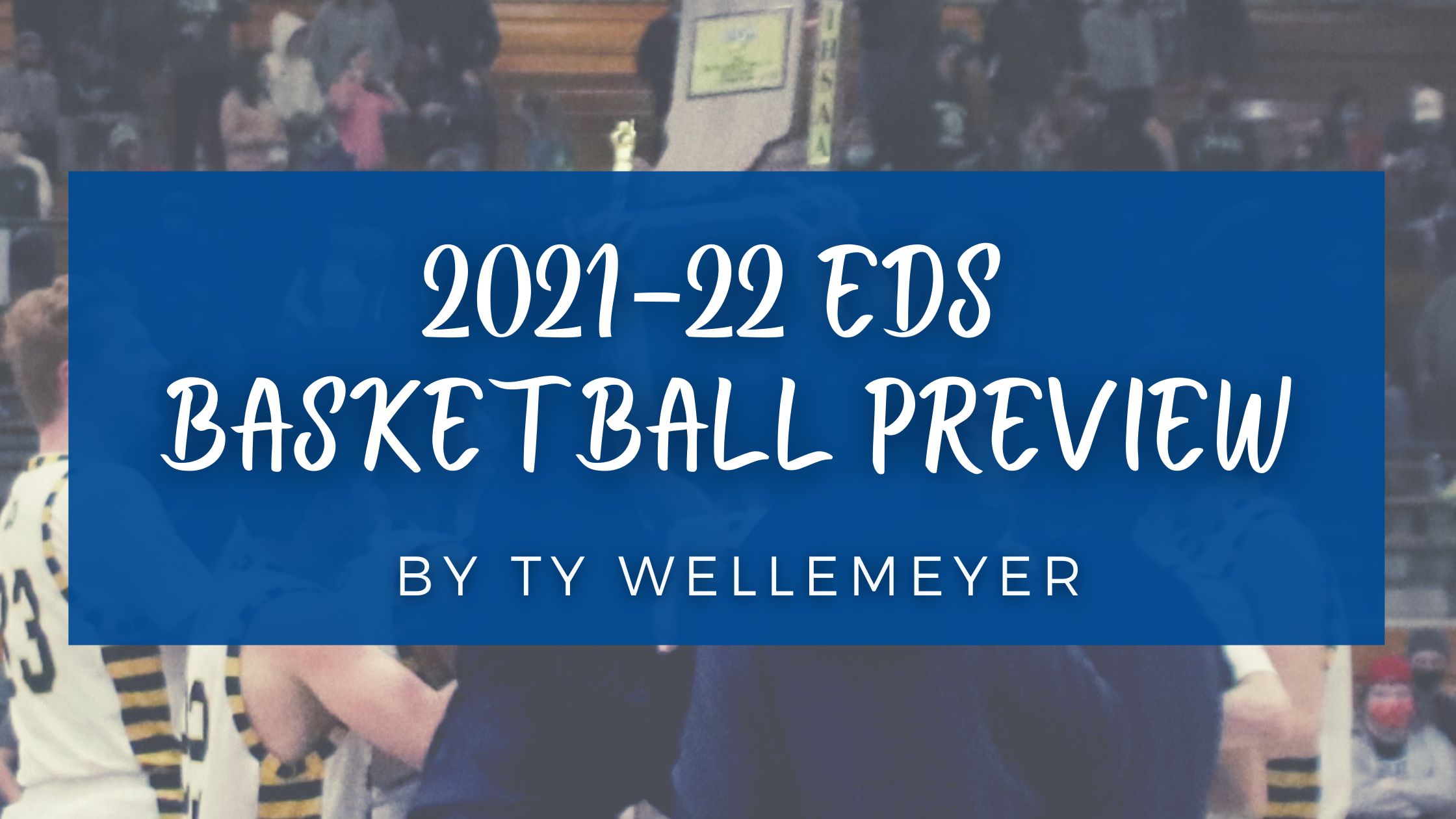 This is a time of great excitement as a basketball fan. The NBA’s season begins to become exciting, or disappointing depending on your team, the college basketball season commences and kicks off with some tantalizing matchup, and the 2021-22 high school basketball season starts. This year the Evansville Day School Eagles look to make a statement after their sectional championship win during the 2020-21 season.

Led by coach Gary Wilsey, the Eagles love to play a fast-paced style of basketball that creates turnovers and scores points off of these turnovers; the game plan seemed to work during the 2020-21 season; Last year the Eagles offense ran rampant on opposing teams, averaging 71.4 points per game (ppg). Led by Tyler Myers `23 and Brant Wilsey `21, the Eagles 13-6 record culminated in a 16 point blowout win over Wood Memorial in the sectional championship game. This year’s team returns three starters in Myers, Kane Wilsey `24, and Hamza Rimawi `22. Furthermore, the Eagles have a wide variety of underclassmen who have improved greatly over the offseason. “We have a lot of guys who have been getting better everyday. The younger guys are who I’m paying a lot of attention to because who knows how much they’ll improve throughout the season,” said coach Gary Wilsey.

This team runs through Tyler Myers. The junior had an excellent sophomore season, averaging 30.9 points, 7.9 rebounds, 2.8 assists, and 4 steals; scoring over 1,000 career points; and making himself a mainstay in Southern Indiana basketball. Myers has all the tools to be an excellent basketball player. He can shoot, attack the basket with ferocity, and be a nightmare for opposing guards. He loves to poke the ball free and score fastbreak layups. Since he will share playmaking duties with Kane Wilsey, Myers has improved his ball handling skills, which could lead to more opportunities for scoring around the basket. Don’t be shocked if Myers averages more than 30 points this season as his game matures.

Kane Wilsey is a lightning quick guard who possesses a good handle and is automatic from three. Opposing defenders have trouble guarding him. When they try to stop him from shooting a three, he’ll blow by them and find ways to score; if teams allow him to shoot the three, his fast release makes it difficult for defenders to even challenge him. He should be a nice compliment to Myers.

The forwards/centers are a group of highly skilled and energetic players for the Eagles. Hamza Rimawi brings energy and aggressiveness to the team. He goes 100% every play, and that effort translates into points for the Eagles. He’s a bruiser down low, not afraid to draw contact. If he gets the ball in his hands, he charges to the basket and scores. He’s slowly improving his jumpshot, meaning that fans could expect Rimawi to score even more points for the Eagles in his senior season.

This year, the Eagles also added junior Isiah Kelley. Kelley adds some height to the Eagles team and possesses a nice set of post moves that allow him to easily score around the basket. He also has the ability to space the floor out as he possesses a smooth jumpshot. Spacing the floor will be crucial for the Eagles as it gives them so many scoring options. Kelley’s going to have to compete with some difficult opponents in the paint, but if he can hold his own against them, the Eagles will have a big man who is reliable.

The Eagles could play up to 24 games depending on how they perform in tournaments throughout the season.

The home opener for the Eagles will be against the North Posey Vikings on December 7th. The Vikings will be a difficult task for the Eagles as the Vikings have an excellent player in Jonathan Ricketts, who is a 6’6” menace all over the court. He can rebound, shoot, and wreak havoc in the pain for the Eagles. The Eagles will have to be able to contain him, meaning they will rely on Kelley, Atia, and possibly Myers to shut him down. Eagles fans should have faith in coach Wilsey to create a game plan to lead the Eagles to a win.

December 11th is the Battle of the Eagles (the unofficial name that I’m giving this matchup) between Evansville Day School and Evansville Christian School. ECS may not be a member of the IHSAA, but it’s a school that has lots of basketball talent. Josiah Dunham is one of the best underclassmen in the city and already has an offer from the University of Evansville. He is a scoring threat, so fans lucky enough to watch the game live should witness a scoring battle between him and Myers. The last time these two teams faced off, Day School pulled off the close win. Will the same result happen this year? Fans will find out shortly.