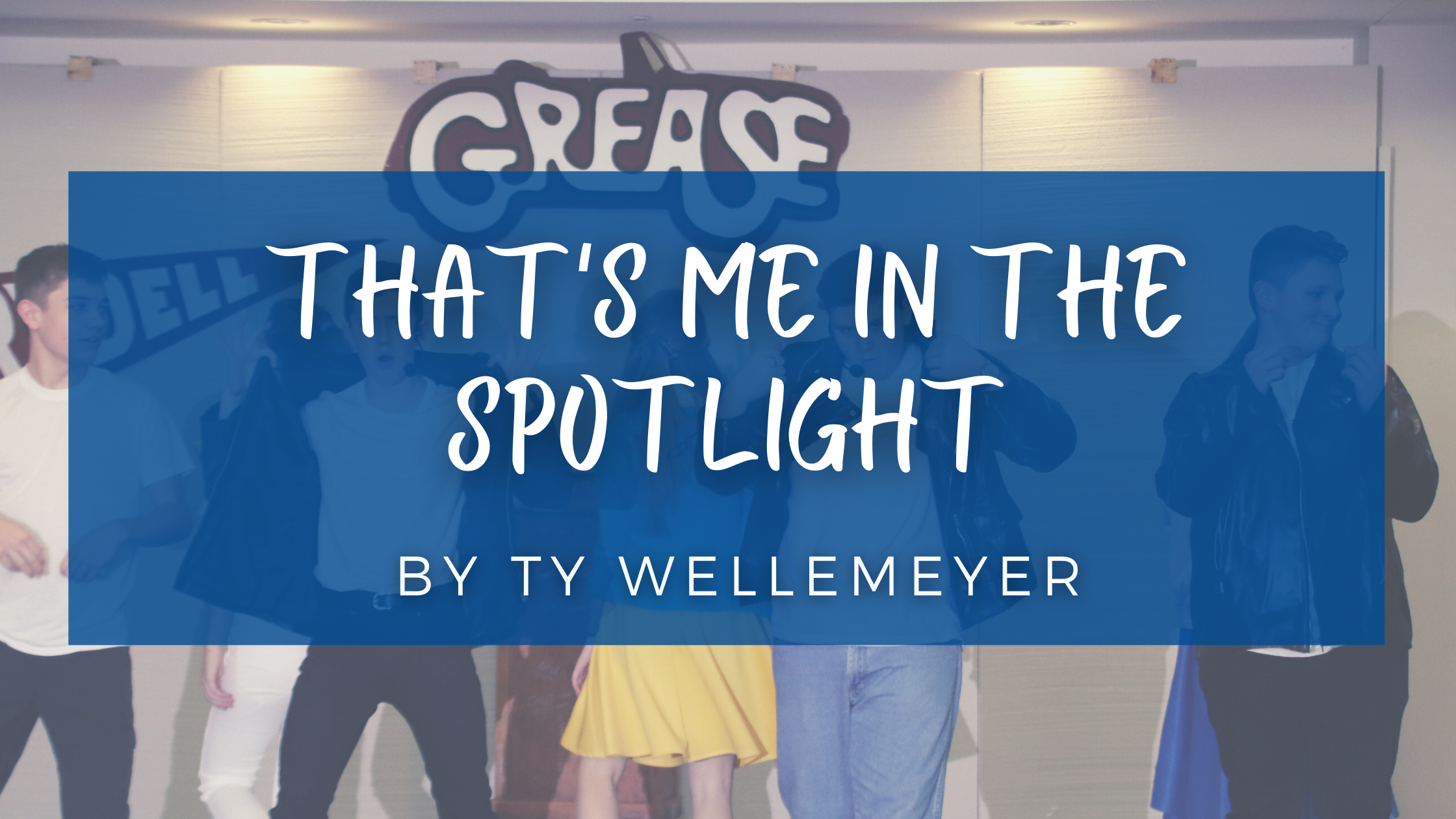 I never planned on acting in any of the school musicals. I had been intrigued by acting when I was little, but I slowly became disinterested in it. When I became old enough to perform in the plays, I didn’t participate because I thought that it was something I wouldn’t enjoy. Do I remember the name or plot of the play? No, but I remember thinking that it sounded very boring. Therefore, I decided to focus on basketball or whatever hobby I had in the 8th grade.

When my mom discovered that there was a play and that I could participate, she was shocked that I hadn’t signed up. She told me, “You have to do it next year. You’d be so good at it.” Something about my being super dramatic. Seeing the play solidified her belief that I would be an excellent actor, so I promised her that I’d do it next year. I prayed that the play for my freshmen year would be fantastic.

When I discovered that the musical was Grease, I was excited, but also terrified. I love the movie, but this was a musical, something I had never done. There would be lines to memorize, songs to sing, and dances to learn. I do not consider myself a singer or a dancer, so I knew it would be difficult. I remember auditioning and thinking that I would be cast as some background character who doesn’t do anything. When my friends told me I was Vince Fontaine, and I had to immediately Google who he was. For those unaware, Vince Fontaine is the radio personality in Grease who’s seen at the school dance. The best part was that I didn’t have a solo! All I had to do was memorize a couple of dances and memorize my lines, and I was good to go.

Practices were fun as our director, Mrs. Ferguson, was the most encouraging person. No matter what happened, she always had our backs. She was patient when we made mistakes, helped us become better, and created Grease in our image. I’ve never met someone who’s more dedicated to seeing her students succeed, regardless of the situation. As someone who had never done theater, having that support made all the difference. Come showtime, I was ready to steal the show. Except, I was somewhat disappointed in my performance in opening night, and wanted to redeem myself during the VIP night, when all my friends and family would be attending. I went out there and was an over-the-top radio host; the thing that shocked me most was getting applause after every line I performed. I still feel amazing about that performance and am grateful that I listened to my mom.

After my great performance in Grease, I wanted to retire from the spotlight and ride the high from my performances, so I decided to work on the crew for the next musical, The Addams Family. Working on the sound was great because it allowed me to learn the technical aspects of theater. Plus, I was able to witness a great show. If acting isn’t your forte, I highly recommend joining the crew. Despite enjoying my time in the crew, I decided it was time for me to return to the spotlight the next year.

Clue came at the perfect time for me. It was during the COVID-19 Pandemic, and I had done little since tennis early in the fall. I was cast as Mr. Boddy, the play’s narrator and victim. Yes, I played the dead guy. I rehearsed dying about roughly 300 times over the span of four months. One of the biggest challenges with Clue was that I had to sing a lot during this play due to the small cast. Did I mention I don’t consider myself a singer? I worked hard to overcome this, and the hard work paid off, as some of my friends were convinced that I could sing. I greatly enjoyed the challenges of Clue. The plot changed every show, making it feel new and interesting. I had to memorize different clues for every killer, which changed nightly based on audience participation, and I challenged myself to improve every performance. I was even given top billing, something that I never thought I would see. In a year where the world was turned upside down, it felt comforting to find peace in acting.

Now, I end my high school performing arts career with The Music Man. I convinced more of my friends to do the musical with me, making it an even better experience. I play the mayor, and that’s all the information you’ll get from me. You’ll have to attend the musical on February 25, 26, or 27 if you want to learn more…….

To get myself excited before a performance, I sometimes imagine that I’ve won some award for my acting, and I have to give an acceptance speech. After much deliberation on what I might say, I feel like the best way to close this article reflecting on my theater journey is to share my speech with you, the audience.

“As I reflect back to my 8th grade year, it’s insane to me that I went from not wanting to do theater to fully embracing it. I guess this means mother does always know best. I want to thank anyone who has ever acted with me for being patient and for making acting enjoyable. I also want to thank anyone who attended any of the performances. Your applause and compliments made me want to continue. And mostly, I want to thank Mrs. Ferguson for being a fantastic leader and person over these past four years. There’s no one else I would rather have led me through the crazy world of theater.”